Jesus-Yeshua in the 21st Century

The City of God 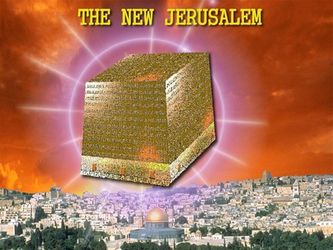 Yerushalayim, Yerushalayim, the ones that kill the Neviim and stone those having been sent to you! How often have I wanted to gather your yeladim, as a hen gathers her chickens under her wings, but you were not willing!

Sha’alu shalom Yerushalayim (pray for the peace of Jerusalem); they shall prosper that love thee.

Like God's Nation, his city is formatted  through one tribe ( tribe of Judah), through one special king.  ( King David loved by God), who saw it necessary to build a Tabernacle where God can have a dwelling place ( God with us ) and that is why it is called the city of God and make it stand apart from any other cities.

While King David saw the need,  the reality become true in the next successor Solomon, who bestowed splendor and glory, peace and prosperity through the spirit of wisdom. ( Where there is paradise, is a snake lurking for an opportunity to deceive ).

King David fight battles all his life, but in the midst of all the battles he never forget the lover of his soul. The legacy he left behind would seal the future of his tribe generations to come.

His son Solomon uses alliances and diplomacy methods to secure peace and prosperity, but in the process of time, they began to demand his very soul ending in separation of that once was whole, but the legacy from this was the tabernacle, which is a testament to this very day.

The city of God belongs to no one, but God himself, and was designed to be a place of worship and prayer. Jesus had to remind the world it should be called a house of prayer for all nations

Every city around the globe is identified by landmarks which gives it an identity, so also is God's city, it's landmark is the tabernacle,  set apart for worship ( no wonder Jesus temptation  by the devil include the city of God and the need for worship).

Jerusalem played an important role in the past, and in the 21century and beyond will be a pointer for the end of time as we know and experience it. Making way for the new Jerusalem coming down from heaven. 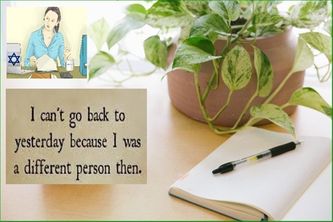 Can a good city be destroyed? absolutely

It only takes the spirit of rebellion which is worst than withcraft.

A city will take on the personality of it occupants

A good city is a blueprint of a good family, each member of the family doing their part in making the household running harmonious, profitable, healthy though the means of structure, order and compliance for the overall good of everyone. Hospitable to strangers, kind and considerate to its neighbors.

A city need a border which is fortified for protection, without would be chaos, destabilizing, and disorders.

Do you know? Pentecost started in Jerusalem and must be expanded to Judea, and Samaria before going to the ends of the earth.

Jesus ascend to heaven from the Mount of Olive, and will descend on the same Mount to reign in Jerusalem ( The new city ).

The God of Abraham, Isaac and Jacob, The Lord of ArmiesJerusalem was dedicated to you, a monument of a temple was constructed within its walls, where your presence would have a permanent abode on earth with the nation you created by covenant, over the centuries the forces of evil have tried to besieged, destroyed it relevance, even in the 21 century the battle still rages, but you promised it will never again be besieged or destroyed and any destruction of the temple will always be rebuild, where the King of Kings will reign. I know Father you do not opposed peaceful, and harmonious occupation within its walls, but those who seek it's destruction only set themselves up for the same measured given out..

I saw the Holy City, the new Jerusalem, coming down out of heaven from God, prepared as a bride beautifully dressed for her husband. And I heard a loud voice from the throne saying, “Look! God’s dwelling place is now among the people, and he will dwell with them. They will be his people, and God himself will be with them and be their God. And he carried me away in the Spirit to a mountain great and high, and showed me the Holy City, Jerusalem, coming down out of heaven from God. It shone with the glory of God, and its brilliance was like that of a very precious jewel, like a jasper, clear as crystal. It had a great, high wall with twelve gates, and with twelve angels at the gates. On the gates were written the names of the twelve tribes of Israel. There were three gates on the east, three on the north, three on the south and three on the west. The wall of the city had twelve foundations, and on them were the names of the twelve apostles of the Lamb. I did not see a temple in the city, because the Lord God Almighty and the Lamb are its temple.